In the tradition of the great large Jazz ensembles of the last half of the 20th century, the Skatch Anderssen Orchestra began carving its own niche into the Northeast Ohio area musical landscape around 1990. This powerhouse 17-piece big band is the premiere big band performing music of Basie, Ellington, Buddy, Thad & Mel, Maynard, Kenton, Woody and many more. 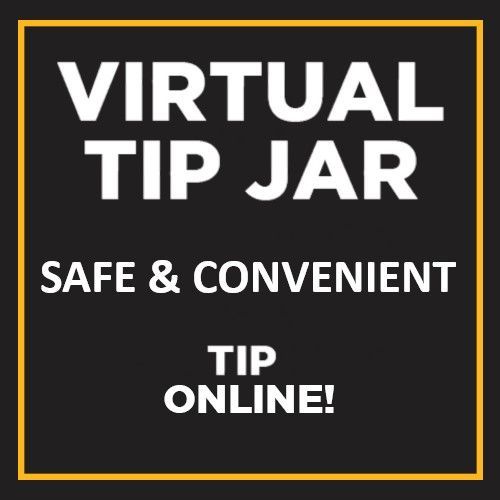 Leave a tip to help us keep the music playing!

Your support & love keeps Monday Night Jazz alive in Cleveland! 100% of your tip goes directly to the cats on the bandstand. Please spread the word about us with your friends & invite them to join us every Monday night!

Enter the amount you wish to donate

The Bop Stop and the Music Settlement, Cleveland

Born in a small town in Norway, Olaf “Skatch” Anderssen had a passion for music and sound. As a child, he would drive his neighbors crazy with the constant whistling and pounding on everything in sight. As he got older, he dreamed of becoming a drummer in a couple of local bands that frequented through the area. He would stay up late into the night, drumming on anything in the barn he could find until very late hours. Olaf’s Mother and Father gave up getting him to bed when they realized he seemed to never need to sleep.

By the middle part of the 20th century, Olaf had become an accomplished "Tusselfloyte" (Norwegian flute) player, but still played percussion instruments with passion long into the night. His wife gave him an ultimatum: either settle down and give up music, or get a divorce. Alone and penniless at age 27, Olaf left his native land and made his way to the New England area of the United States.

In fits of depression, he frequented a town bar in Massachusetts on the corner of the street he was living on. There, he was introduced to Scotch Whiskey. Because of the strong accent of the people in the area, Olaf learned the word as "Skatch" instead of "Scotch". Since the locals were fond of nicknames, and he said the word so often, his nickname became "Skatch".

One fateful night, Skatch stumbled into a new bar and heard a group playing swing band music. He immediately fell in love with the music and asked if he could sit in and play. When they heard about his musical background in Norway, the guys in the band eagerly gave him a seat. Skatch started to play and was awful. Everyone in the bar turned around and stared at him in stunned silence. Sheepishly, Skatch returned to his seat and ordered another Scotch. How he wished he could play like those cats!

Skatch was nothing if not determined. He visited the bar every week and listened to the greatest music he had ever heard in his life. Afterward, he would spend the week practicing what he heard on his street corner. As time went by, he decided he was going to start a band like that of Count Basie and Duke Ellington. He assembled the best local jazz players he could find and worked on creating his own jazz orchestra. Thus, the Skatch Anderssen Orchestra was born.

Skatch had booked his first gig in a local hall in the New England town where he lived. All of the townspeople eagerly awaited the show, which was completely sold out in advance. But on the weekend before the first performance, tragedy struck. He had been talked into flying back to Norway for a quick family get-together. While on that flight, the weather became very bad. Skatch's plane crashed into the ocean, and the band never got to play that first gig.

We now keep the dream alive of a man that put together a band that no one heard: the Skatch Anderssen Orchestra.

Bandleader Eric Dregne's intention is to enlist the finest musicians for the SAO to guarantee you will hear a high-powered, high quality performance of many of the tunes you know (and some you may not but are sure to enjoy).

Not content with playing only the standards of the big band golden era, the SAO features many compositions of local composers and arrangers, along with more recent popular artists such as Gordon Goodwin and Alan Baylock.

When the band is in full swing, it's easy to see why the SAO has gained a steady following in Cleveland and surrounding areas.

Eric "Girth" Dregne has been a Northeast Ohio musician for over 30 years. A graduate of Youngstown State University's Dana School of Music, he became an established leader in big band, Jazz and Latin music as a bass and tenor trombonist, arranger, bandleader and educator - a true "Jazz Ambassador". Girth's eclectic resume includes Jazz groups, big bands, Latin bands, R&B outfits and even some rockers, including Aretha Franklin, Tommy Tune, the Four Tops, Frankie Valli, Nancy Wilson and others. Eric's low-brass bass trombone sound has been woven into the music over many local area bands. He's an avid performer with a true love of all things trombone, and a master of varied musical styles. As such, you are likely to run into Eric quite often as a guest artist during live Latin and Jazz performances in the greater Cleveland area.

Scott McKee is a seventh-generation Cleveland musician who began his trumpet career at age 5, playing at church with his father Jack. At age 19, he played and recorded with Aretha Franklin in a performance that led to others with renowned bands. Scott received his undergraduate degree in Trumpet Performance from Cleveland State University. He returned to Cleveland after attending grad school at the University of Colorado in Boulder (Jazz Trumpet). Scott can be seen all over the Cleveland area, backing up major artists and off-broadway musicals as their shows run through town, and featured on many big band and salsa gigs.

The Sound of Music

Does this sound familiar? You've written a brand-new composition or arrangement. You play it on your music software, and it just doesn't sound right. But, you don't have access to a pro group to get a good recording.

The members of the SAO are highly skilled readers. New music is introduced to the band from our

Does this sound familiar? You've written a brand-new composition or arrangement. You play it on your music software, and it just doesn't sound right. But, you don't have access to a pro group to get a good recording.

The members of the SAO are highly skilled readers. New music is introduced to the band from our extensive library at least a couple times a month. Each weekly performance is recorded with digital equipment and saved in full uncompressed .WAV format.